His eminence Grand Ayatollah Duzduzani son of Haj Abdolhamid was born in the year 1935 ad in the city of Tabriz, Iran into a religious family. His father was a religious and beneficent merchant in Tabriz city. His ancestors had immigrated to Tabriz city from Duzduzan village about 70 kilometers East of Tabriz before they dwelt in this city.

His eminence attended Maktab (a kind of elementary school in old days of iran) to learn Arabic and Persian literacy in the year 1943 ad His eminence learned Moghaddamat from late Haj Mir Mahmoud Aga who was a noted man in Tabriz city and late Aga Mirza Farajollah, then to receive higher education his eminence attended Hassan Pasha seminary (it is located in the Saheb-ol-Amr -as – Square). After a while, he achieved renown for his eagerness to learn literature and religious sciences amongst his fellow classmates. Afterwards, his eminence attended Talebie seminary (located in Masjid Jamehof Tabriz) to receive education from other teachers and he completed Sat’h courses -Mantegh, Usul and Lamatein:Sharhallam’a-d-Dimashqiya (English: Interpreting the Damascene Glitter) volumes 1 & 2 by Shahid Al-Thani- at the time. His eminence took part in classes of great teachers such as Late Haj Mirza Ali Asgar Baghmeshei, late Haj Mirza Ali Asghar Akhijahani, late Haj Seyyed Reza Marandi and late Mirza Abolfazl Sarabi. 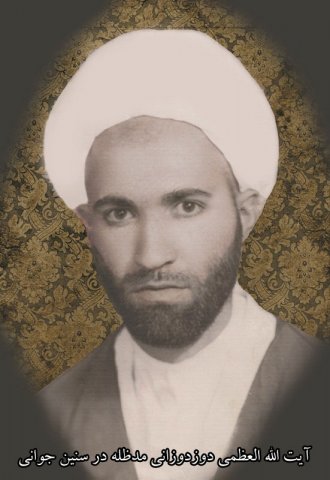 His eminence immigrated to Qom to complete his education in the year 1953 ad when he was less than 18 years old. He keenly finished the Sath courses under the supervision of great teachers such as late Ayatollah Haj Mirza Mojahed Tabrizi. 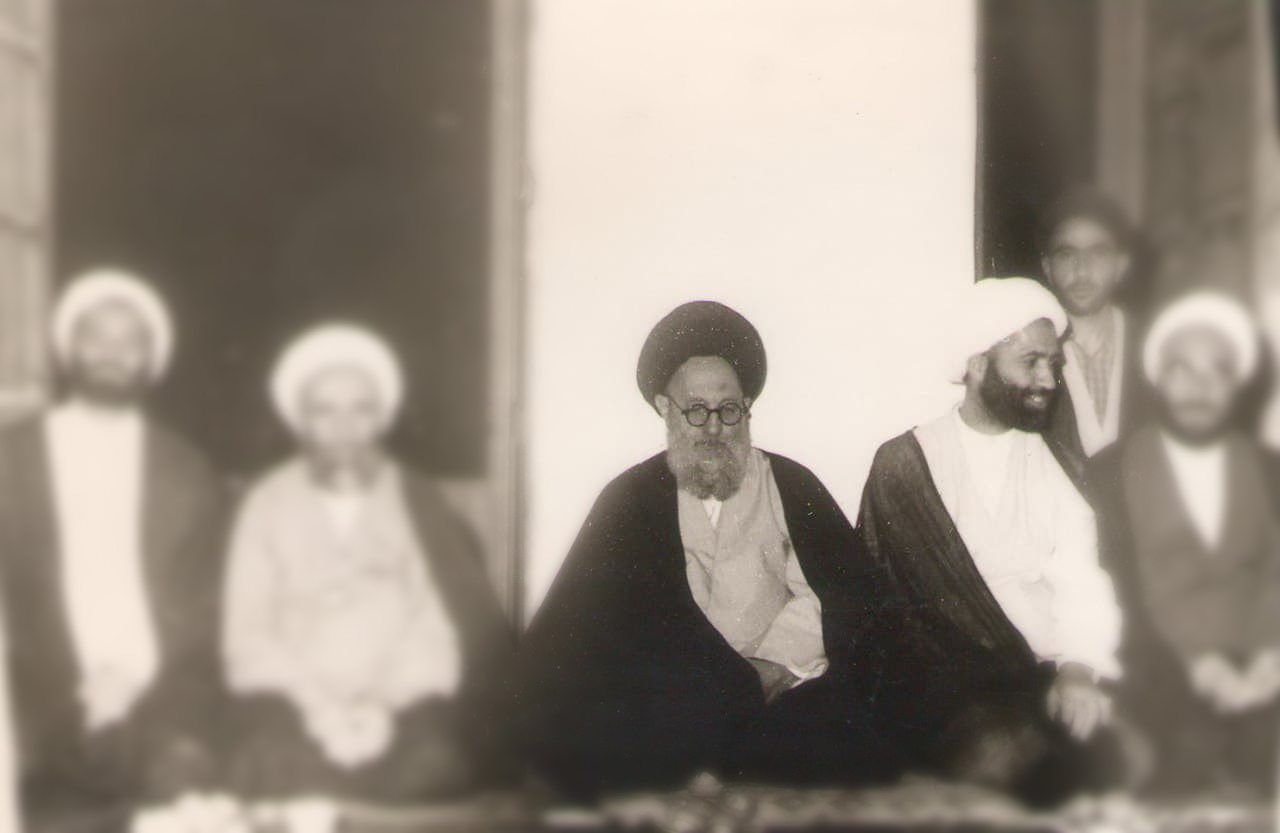 His eminence took part in the author of Tafsir al-Mizan (an exegesis of the Qur’an) late Allameh Muhammad Husayn Tabatabaei’s Asfar class while he was teaching Sabzavari’sManzumah’s course to some of Hawza scholars for some time. 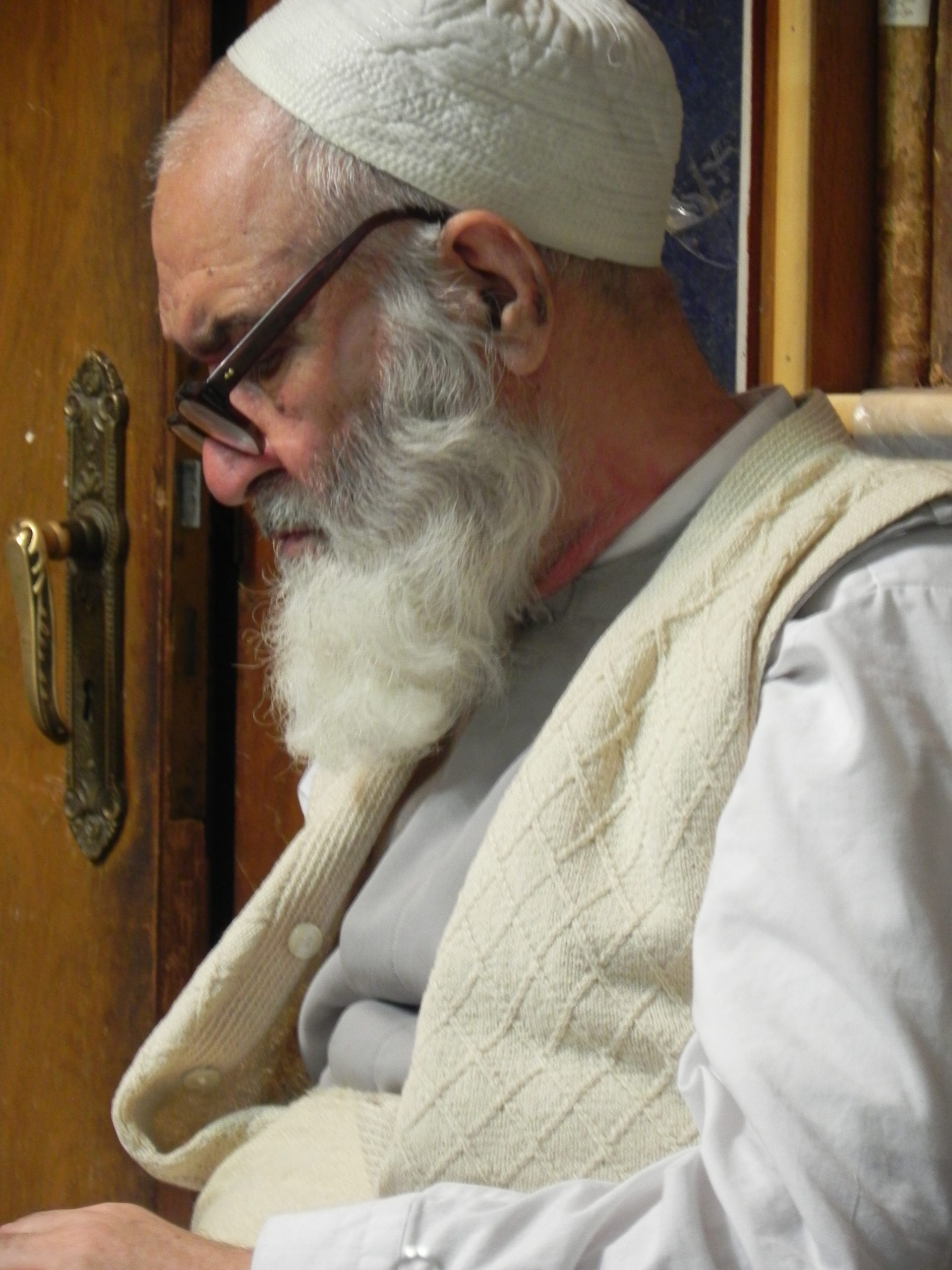 Since the early part of his school career Grand Ayatollah Duzduzani has had eagerness to learn Quran. He has started the Qur’anic exegesis since 1963 ad and he nowadays remains engaged in teaching Quranic exegesis. He was teaching the Qur’anic exegesis based on the chapter arrangement of “the Kompani’s exegesis” for a while, but he recently has based his exegesis on thematic exegesis of the word of God. The fruits of the effort have turned into several books which some of them have been published.

In addition to teaching and propagation of divine commandments in Qom, Tehran, Karaj and Tabriz cities, his eminence has provided a variety of worthy social services, including:

a) Construction of Javad-ol-Aemmah (peace be upon him) masjid on the Tehran, Iran. The masjid now is well-run as Haj Kazim masjid and is being used.

b) Reconstruction of old Shasto-Se-Sotun masjid which dates back to four hundred years ago. The masjid has been abandoned until quite recently, but it was repaired by his efforts and nowadays is one of the active masjids in Tabriz city.

His eminence sent missionaries to teach villagers of 500 villages around Kaleibar County in East Azarbaijan Province about religious beliefs and to prevent false religious beliefs and Ghulat’s beliefs from spreading throughout the region. His eminence paid for construction of an approved residence for dispatching missionaries. While under the provision of the mission, dispatched missionaries must not accept any missionary payment from others. The region was strongly influenced by the idea and also it was performed in other regions, including Zaaghe district in Khorram Abad, Hashtrud and Shahr-e-Rey.

Due to the increase in the activities of deviate groups and sects such as Sufia, Bahaiiat and Wahhabiiat, Ayatollah Duzduzani in cooperation with late Hojjat-ul-Islam-val-Moslemin Aga Sheikh Davud Elhami and Hojjat-ul-Islam-val-Moslemin Haj Sheikh Mohammad Mardani established an institute for taking action against these activities in 1375 S.H. The institute has published several pocketbooks and has distributed them for free which include:

2٫ The emergence of Sufism among the Shia Muslims

This institute also is proceeding to buy and distribute some other books which are advantageous to people and which deal with the subject.

a. The Doctrine of Ali (peace be upon him) religious meeting established in 1353 SH in Tabriz. These mobile meetings were holding weekly in a new way with a tribune and seats for participants which most of them were young and educated people.

b. Weekly meetings for religious education of children who were seven to twelve years old in fifty masjids of Tabriz city which were arranged by eighty people of clergymen and businessmen of the city. A total of one thousand people were participating in these meetings. Participants in addition to learning Quran and training commandments, beliefs and Islamic psalms, were learning how to debate with opponents.

While he was studying in Qom city, Grand Ayatollah Duzduzani taught previous courses and textbooks to the scholars of Hawza. His eminence prioritized study in that time and had no recreation and preoccupation other than teaching and studying and he hasn’t dealt with political and social issues in this period of his life. His eminence has started to teach Kharij Fiqh and Usul courses in Qom Hawza since 1980 ad and has taught different subjects of Fiqh and Usul. A significant number or scholarly students of Hawza have attended his class since then. 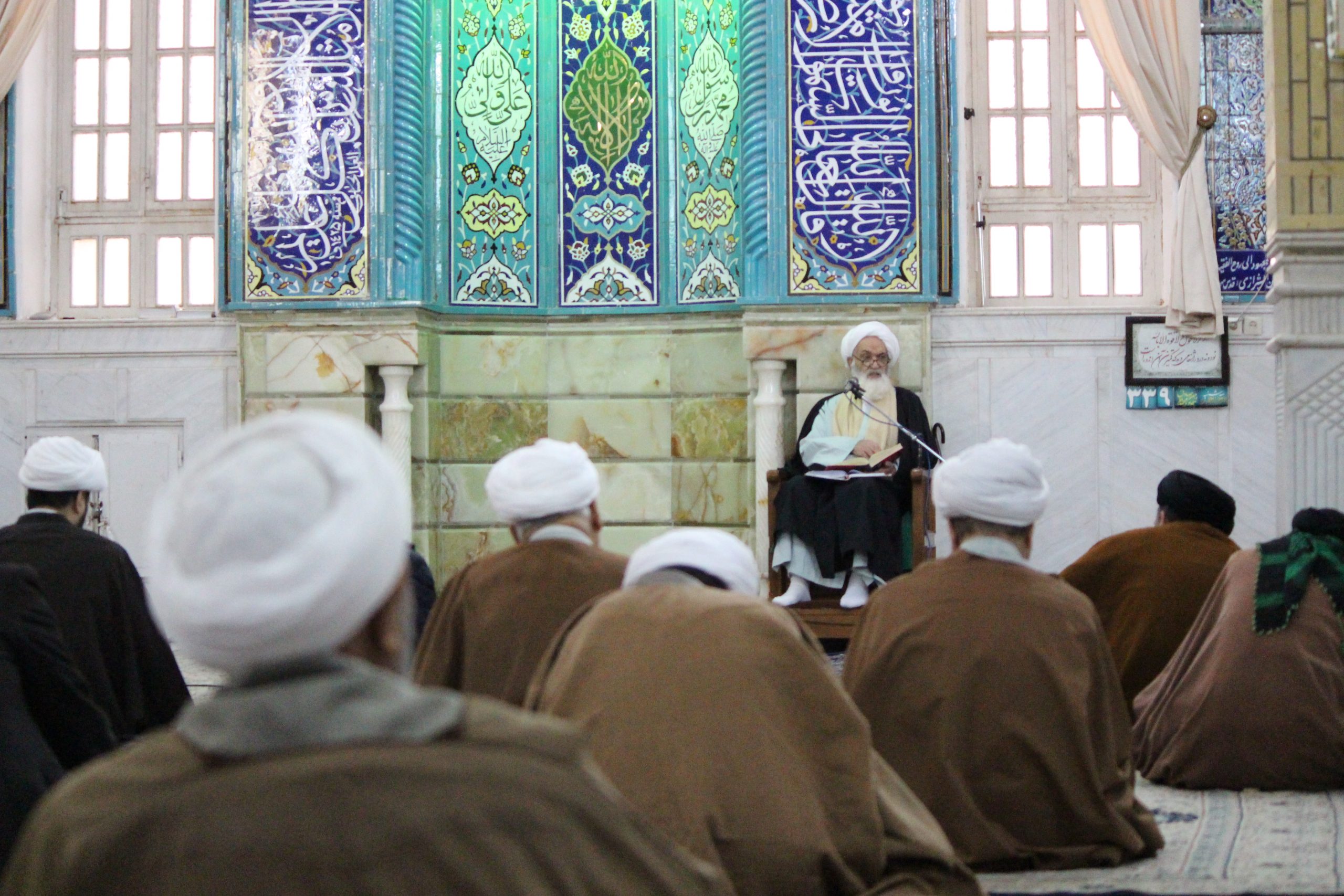 Grand Ayatollah Duzduzany has numerous writings in various fields of religious science. Here, briefly, we will mention them: