Performing bow and commemoration rituals of Imam Hussein AS 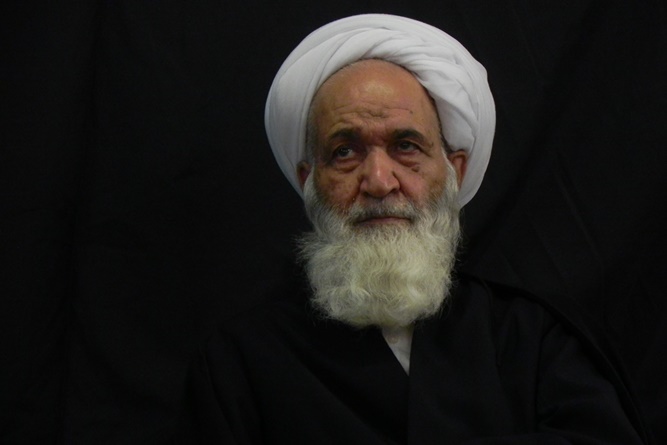 Performing bow and commemoration rituals of Imam Hussein AS

Performing bow and commemoration rituals of Imam Hussein AS is every Muslim’s responsibility. In Quran:

He who practices the commemoration of divinity, then it is the sign of his heartily piety.  In introduction it is to be said that Islam is consisted of two inner and outer dimension. Inner dimension is about acceptance, beliefs and surrendering to the rules and laws of Islam, and its outer dimension is about rituals and its visuals.  Ritual is defined as acts that bring the remembrance of God into their hearts at any time or place. It is believed that Bow and celebration of rites is sign of respect, and to perform them, is a responsibility set by The Glorious God.

From what was said, it is understandable that, remembrance of Imam Hussein AS and his actions were from great rites of Allah.  Pious man must count it as  great rite, and this great counting is only achievable by holding ceremonies and talking about virtues and explaining the reasons behind his actions, which were for vanishing Oppression and to practice the act of rejoining good and saying prayers.  Here Prophet PBUH said; I am from Hussein and he is from me, meaning that the beginning of Islam was from Prophet PBUH.  And the rest and preventing from emergence of distortions in Islam is on raise and death of Seyyedoshohada AS, which gave Islam a fresh breath and fresh blood to its lifeless body and put it into its right way.

In reality beginning and the rest of Islam can be considered in two important incidents; Migration of the Holy Prophet PBUH from Mecca to Medina and migration of Seyyedoshohada AS from Mecca to Medina and later to Mu’alla Karbala.  Muslims must note that, bowing the rituals and keeping them alive does not mean to create chaos, but it means to follow Imam’s steps.  And it means for mourner to say prayer and to fight the bad and wrong and to pay the religious dues and to help others and to practice Enjoin to good and forbid from wrong. In short, it is to emphasize the Imam Hussein AS’s way.  I frankly say this, Rise of Imam Hussein AS and him avoiding to swear allegiance with Yazid, and his death with his follower, and having his family to be captivated, and having them to drag from city to city, all were for this reason; so that in future enlightened people could see His acts and become influenced by his acts and become able to choose the right way to live and to choose a the right religion.

This action of Imam Hussein AS must be kept alive and be cherished with either pen or holding ceremonies in society, and we must do it better every day.  In the end I feel the need to point out two important points: First, Scholars and Preachers must warn youth about the bad advertisement and keep them away from it, because with having such great leader like Imam Hussein AS and his great father and The Fourteen Infallibles AS, it is not acceptable for youth to become weak in their belief and switch to other fake beliefs.  A person who has the power to think and rationalize will not be attracted by immoral and rootless religions, for example Wahhabism, with their hand dirty with the blood of Shia in Iraq and Afghanistan and Pakistan.

They are truly the remaining of those who killed Seyyedoshohada AS.  The wise man will not leave the discipleship or lose faith in the way of Imam Hussein AS for people like Abdol Baha- founder of Whhabism, which is funded raised by infidel governments. It is to be mentioned that those who follow the way of Imam Hussein AS will not even think of setting foot off from his way.  Second, Scholars and Preachers are suggested to try to understand the issues of society and religion and speak and answer the vacuities based on chastity and purity of Imam Hussein AS, do not rely on what is written before only.  Our Imam Ali AS on introduction of the great Prophet Muhammad PBUH says:

Meaning, Prophet would prescribe a solution for anyone based on that person’s abilities and properties.  And in the end I ask Allah to bless us with the honor of being true Shia followers of Seyyedoshohada AS. Peace, mercy, and blessings of God be upon you all.